Christmas 2000 Years Later - There is Still No Room for Him Christmas 2000 Years Later - There is Still No Room for Him

The views, thoughts and opinions expressed belong solely to the author. They are not and do not necessarily reflect the opinion(s) or position(s) of the organization, board of directors and/or any other individual(s) or entity (ies) affiliated or unaffiliated with Christians in Public Service, Inc. Email dburton@cipsinc.org 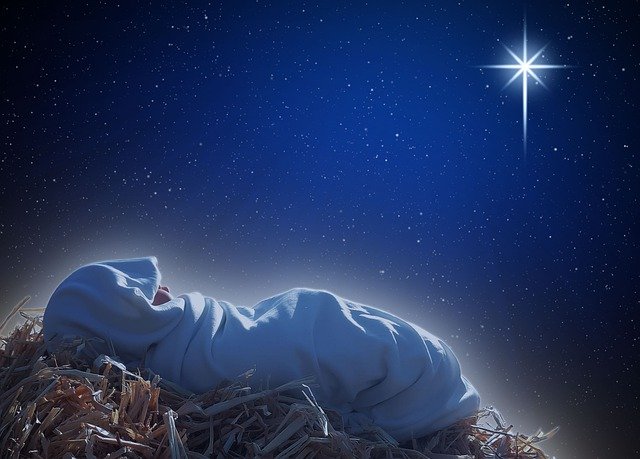 It has been quite the year! I often found myself, though serving, praying and working, lost in the confusion of the day.

Nothing was making sense to me anymore. Everywhere I looked, there was confusion, shouting, anger, hate, racism, unloving, unkind people who claimed the mantle of Christianity but showed anything but.

Finding myself after a long, exhausting year in the month of December, planning for our annual award luncheon, I was emotionally, physically, spiritually spent.

The only thing that kept me going was the promise I made to Dr. Ron Anderson, one of our founding directors, now home with the Lord and after whom the award is named, that I wouldn't quit. Though this year for the first time --- that thought appealed to me stronger than at any other time since founding this organization.

I kept telling myself, "just get through December 4th Dorothy." The date of our luncheon.

My house was a mess. I was a mess. Thanksgiving a blur. Nothing was coming together for the luncheon and I had never felt so alone.

I had to somehow find my center again.

After the luncheon - which thankfully for the sake of His name, God answered my and others' prayers and it turned out to be one of the most beautiful ever.

But I was no less mentally and physically exhausted. In the meantime, Christmas was all around. The sights and sounds of Christmas -- the carols, the trees, decorations.

But my life and home were a wreck. I withdrew. Started cleaning like a mad woman. Throwing this out and that out. Dusting in places I hadn't touched in seemingly years. Our beautiful 4,200 square-ft. home seemed empty, cluttered and lifeless. Kinda like I was.

Do you know that our surroundings are a reflection of us?

I didn't need a new mirror - I needed a new me - from the inside.

We have books everywhere in our home. I am an avid reader, with a goal of reading 4 books a month. I had not met that goal in months and my bible-reading was practically on auto-pilot. Even recording my weekly podcast and devotional were from auto-pilot. I was empty.

I desperately needed a new view of Jesus. No, I needed Jesus. I wanted to, had to, somehow find my way back to Christmas 0001 - back to the manger. Back to the formative years of the Savior. Back to his life. Back to His teachings. Back to His ways.

The book of Luke - yes Dr. Luke gives us the most comprehensive recording of the life of Jesus and I delved headlong and heartlong into it. Reading and slowly meditating on a chapter a day. Making my way still with wonder through its pages.

Meditating on Jesus' life. His works. His words. His ways. A seminary grad and lifelong church member, I am today like a kid in a candy store.

I got some rest, deep-cleaned our home. Back-breaking work, but there is something cathartic about mopping and cleaning!

I began thinking about the state of the church today and how far off the mark we are. How far from the teachings of Jesus.

How did we get from there to shouts of "Let's Go Brandon!" (F*ck Joe Biden!) in sanctuaries and among those who claim him?

This is not meant to be a criticism of Christianity but studied observation. And a lot of thought over this past year.
The evangelical church, of which I have been part for over 35 years now, trained in it - but it was, in America, founded in supremacy, rooted in domination, control and misconstrued hiearchy.
While at the same time sanctioning, participating in and furthering the evil and cruel enslavement of other humans... themselves created in the very image of God.
It is little wonder why it is so weak today.
The only question is why it took so long for it to become so evident?  It had to be revealed and only God could reveal it.
Multi-million dollar tax-free "ministries" sprang up, patterned after the capitalistic and political system of the country, not patterned after the Kingdom.
In fact, the true Kingdom as Jesus taught, would be booed and hissed today. Dismissed as socialism, leftist lunacy and yes, some would even find a way to throw in CRT.
Evangelicalism in America today does not for the most part operate or even give cursory nods to the Kingdom.
But "ministry" as they wanted it to be. Fashioned it to be. Created it to be. Using the Bible to justify or in many cases misjustify it and bend it toward a particular political bent.
Preaching people into heaven, damning them to hell, with so much emphasis on evangelicalism and being "born again." But little to no emphasis on love, humility, giving, kindness and sacrifice.
Leaning as heavily on the "rule of law" as the religious leaders of Jesus's day did religious law, rarely speaking of grace, compassion and selflessness.
Jesus never day-to-day preached and certainly did not build his work on the "born again" ministry mantra. This came out of the religion of the church. Hello!
SHOCK OF SHOCKERS. Jesus mentioned being "born again" only one time. One. time. And that was to a frightened little religious leader who sheepishly came to Jesus at night, wanting to know what to do to get into this Kingdom Jesus taught daily about. Nicodemus.
Jesus never made this the cornerstone and centerpiece of his teachings. Because it wasn't.
What did he teach? "The Kingdom is like..." "The Kingdom is like..." "The Kingdom is like..." He taught the Kingdom.
Everything he taught was about the Kingdom. He taught the Kingdom. Principles of the Kingdom. How we, his followers are to live, serve and go about life according to the same.
He literally brought heaven to earth. Emmanuel, God with us. This is who that babe in the manger was.
Jesus never taught religion and "ministry" and all this Americanized stuff.
In fact, He came to set us free from this. Just as he did when he was opposed by the religious of his day.
Jesus told the Pharisees and religious leaders one day who were complaining about his disciples not following along with their old guard rigidity -- Jesus said,

"No one tears a piece of cloth from a new garment and puts it on an old garment; otherwise he will both tear the new, and the piece from the new will not match the old. And no one puts new wine into old wineskins; otherwise the new wine will burst the skins and it will be spilled out, and the skins will be ruined. But new wine must be put into fresh wineskins. And no one, after drinking old wine wishes for new; for he says,'The old is good enough. - Jesus (Luke 5:36-39)

And this is where we are --- "the old is good enough" for way too many. Especially for those who have shaped and formed Christianity to their liking and political bent.
When the foundation is weak and laid wrong and the house constructed on that foundation, with furnishings stained generationally with the blood of the innocent handed down, we get a church that is foundationally weak.
And people fleeing from the house with no ability for the head of the house to fight back against the very things on which it was built. An old, faulty foundation, modeled not after the Kingdom but capitalism, greed and power - sprinkled on top with religious isms.
It is easier as we are seeing today for many religious leaders to throw in their lot with the ones closest to their political leanings and pocketbook. Just as it was when Jesus came on the scene, that first Christmas so very long ago.
Today, it is as it was then, with many religious leaders pining for power, access and proximity to it. Forsaking the poor, the immigrant, the last, least and lost. The very people Jesus spent his time on earth with.  Not Roman government leaders.
The Kingdom is not taught as Jesus the Christ taught it and serving others as far as many church leaders are concerned is just something they don't do. it's not politically expedient and not worth the wrath of the talking heads.
But when it comes to invitations to the White House, commentary on entertainment news or on the red carpet? Katy bar the door. You couldn't pay some of these religious leaders to spend time with the poor, the immigrant or the lost. This can't profit them.
Denigrating or elevating others instead based on their politics. If their political views align. It's sick. And Christianity in America is sick.
It's about power not the Kingdom and that's why even many pastors are fleeing "the ministry." That or keep silent or throw in their lot, as many have done, with the politicians. Thus the state of play.
Just as it was when Jesus was born.
This is the problem Christmas 2021 as it was Christmas 0001. It is impossible for the preachers and the pastors and the generationally compromised evangelical church to do anything to fight back against this present darkness. It sees no need. Nor did the religious then. Same.
In fact many have thrown in their lot and bet the farm by joining it. Jesus never did.
I no longer get angry at them. I pity them and am sad for the world that so desperately needs what Jesus taught. Kingdom living. Kingdom serving. Kingdom sharing. Kingdom relationships. Kingdom wisdom. Kingdom life.
Christmas 2021. "Away in a manger..." and in many ways, there is still no room for him.
https://youtu.be/aLoyAyAYhrU